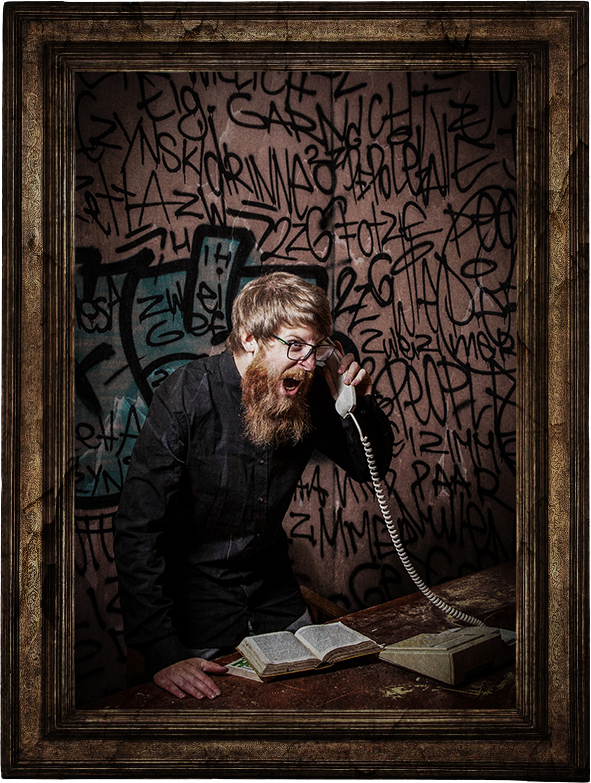 “The Doc“, is the founder of the Angel Hill Asylum. In 2015 he established this sick institution in the rooms of an old hospital on top of the Angel Hill. The residents of the area around the hill gave it its name because of the horrible noises which you can hear at night sounding from the dark forest around the asylum. In their belief the sounds are coming from the angels who collect the dead souls from the mountain peak.
They say that “The Doc” has his very own interpretation of mental health and that he is very convinced from his own methods.
He lost his admission once before because of a supposed “god complex”, concluded by a public assessor.
In 2015 the story of “The Doc” also appeared in public as he was taken to court because of his illegal use of mind altering drugs and substances.